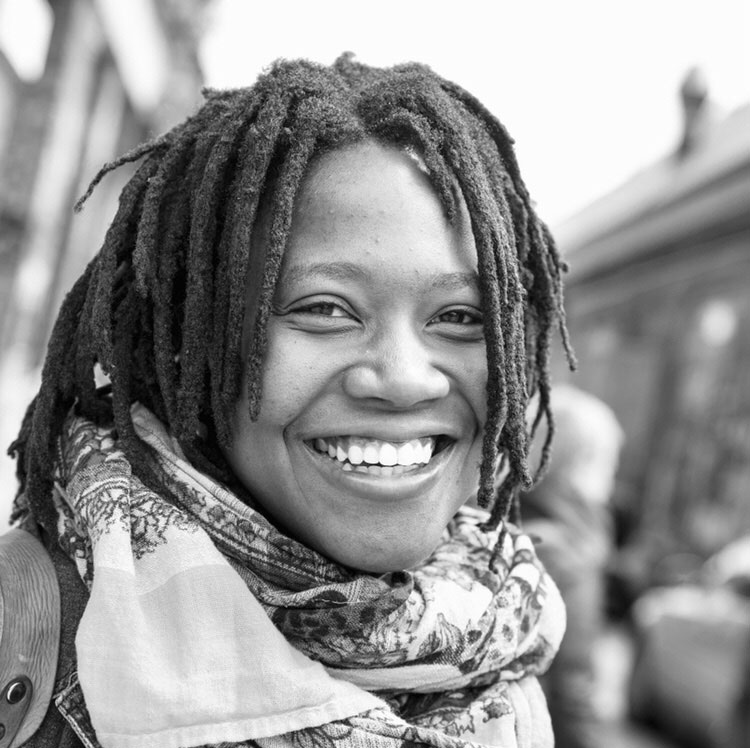 The films and installations of Karina Griffith explore the themes of fear and fantasy, often focusing on how they relate to belonging. Her interests include exploring the intricacies of identity and the immigrant perspective while acting as a record of her family’s unique way of Caribbean Patois storytelling. In 2017 she curatated the 3-month long festival Republik
Repair: Ten Points, Ten Demands, One Festival of Reporatory Imaginings from Black Berlin. Inspired by CARICOM’s 10 point plan for Reporatory Justice, the festival invited over 100 artists, performers and community leaders to interpret the 10 points through theatre, performance, installation, film and panel discusisons and create a living manifesto for Black citizenship in the city.
Griffith’s work has been show at the juried show Emergence 2014: International Artists to Watch at Galerie Mytris, the Normal Null/learn to swim exhibtion (curated by Sibylle Hofter and Sven Eggers), Hebbel Am Ufer (with the Trampoline Platform for New Media Art), alpha nova & galerie futura (with Lerato Shadi and Melody Laverne Bettincourt), the Institut für Alles Mögliche (with Bettina Semmer, Patricia Grove and Nine Yamamoto) and has screened at the Lausanne Underground Film & Music Festival, MASHRome Film Festival, the Antimatter Media Arts Festival and the Trinidad and Tobago Film Festival among others. She is a PhD candidate at the University of Toronto’s Cinema Studies Institute where her research on Black authorship in German cinema interacts with theories of affect, intersectionality and creolization. She has written for Women in German Studies’ Special Online Section on Race and Inclusivity, Berlin Art Link and Shadow & Act. She is currently the artist-in-residence at DISTRICT Berlin and the recipient of their Decolonizing `68 Studio Grant.