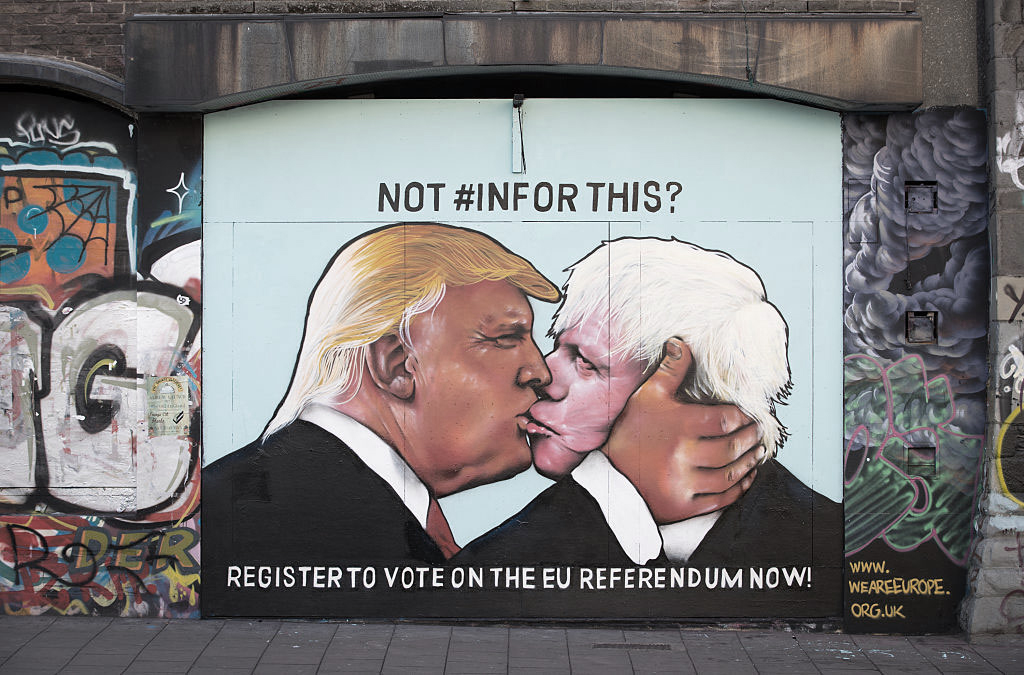 
After the Brexit vote and Donald Trump's election victory, the overwhelming reaction amongst many, not least artists and intellectuals, were feelings of shock and defeat. As many countries across Europe experience a similar pull towards far-right populism and post-truth politics, what seems at stake are the very foundations of civil society and democracy.

The idea of this conference is to bring together artists and intellectuals from different parts of Europe to share observations on the developments in their respective countries: not least in regard to upcoming elections in the Netherlands (March 2017), France (June), and Germany (September), in which far-right populists will likely gain further ground. 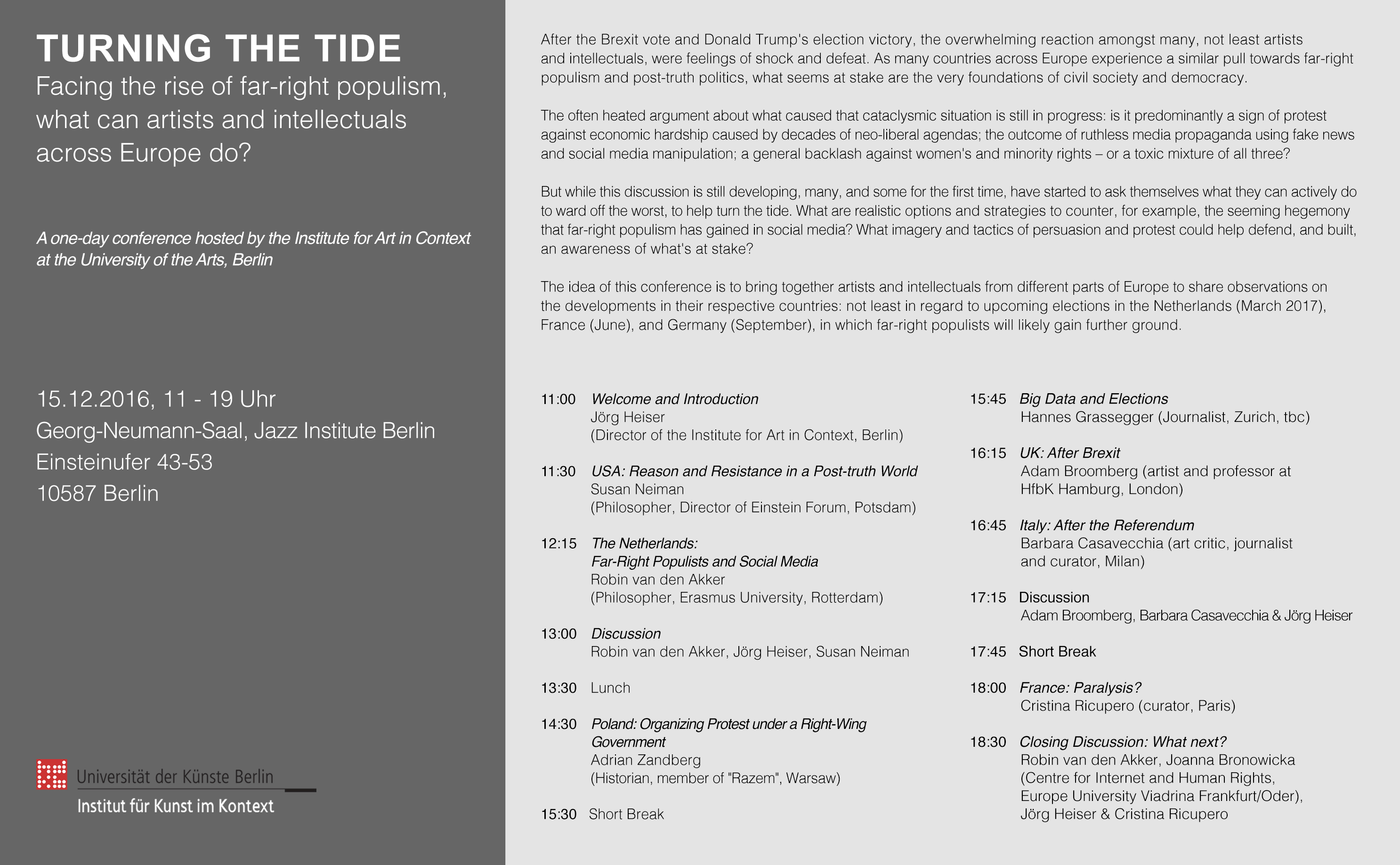