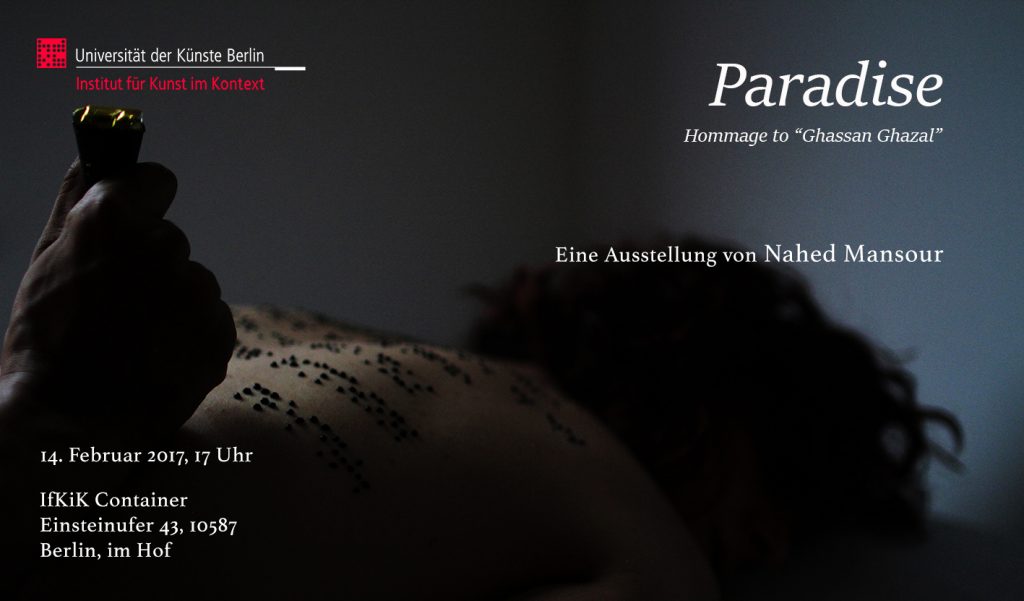 
"Love is an unconditional miracle that refuses human structures. It is informal and of spiritual language. But if we inflict it or impose it, it will be always present. One shall not look for it in the hope of finding it. For it is in us and it is with faith that we marry it."
Ghassan Ghazal

Paradise recalls Ghassan Ghazal’s last performance in 2015 in Beirut "Sacrifice ou victime" (”Sacrifice or victim"), in which he wrote ”Al Fatiha” sourat from Koran in braille with henna on the back of a sheep that he called Faro (symbolic metaphor of the old testament story of Abraham sacrifice of his son that was replaced by a sheep).